It was such a pleasure photographing the wedding of Liz & Chris Field on board the Victory Ship in Tampa. What a great time. Everyone on board came dressed in vintage style and to have a wedding where the time period of the 1940’s was evident and truly creative. The history of the Victory ship you will find below and it is located in Tampa, Florida. I cannot begin to express my gratitude in being able to witness and had the honor of photographing their wedding all in vintage style. It was definitely one of the most creative events I have ever encountered.

Both Chris & Liz are also costumers and play a big part with being super comic heros – Captain America and his partner.

The story of Captain America is that in World War II a patriotic solider Steve Rogers recipient of the “Super Soldier Serum” became the living symbol of freedom, Captain America. Left for dead while frozen in ice, the star-spangled hero with an indestructible shield awoke years later to continue his never-ending battle for liberty. So how fitting to get married on the Victory Ship! It couldn’t have been more perfect.

You should see them in their costumes playing the part of Captain America and his partner and dedicated to helping the community and children who love being around these super heros.

The history of the Victory Ship:
In 1944, 531 ships were built and of those, 414 were cargo ships and the remainder was transports. 272 were 6000 HP engines and the balance boasted 8000 HP. 150 were named after schools and universities, 20 were named after countries and the rest reflected geographic names. On January 12, 1944, the very first Victory Ship, named the United Victory, was launched.

The world-class SS American Victory was built in 55 days and was delivered to the U.S. War Shipping Administration by the California Shipbuilding Yard on May 24, 1945. After serving in WWII, and the Korean and Vietnam Wars, the ship went through a $2.5 million restoration in June 1985. In October, 1996, Captain John C. Timmel learned the SS American Victory was earmarked for scrap if not acquired for memorial purposes. Feeling that a museum would be feasible in Tampa, FL and that it would act as a purveyor or maritime memories, the ship was towed from Virginia to its permanent location in the Channelside District in downtown Tampa. Currently, the SS American Victory is only one of 3 fully-functioning ships in the country. 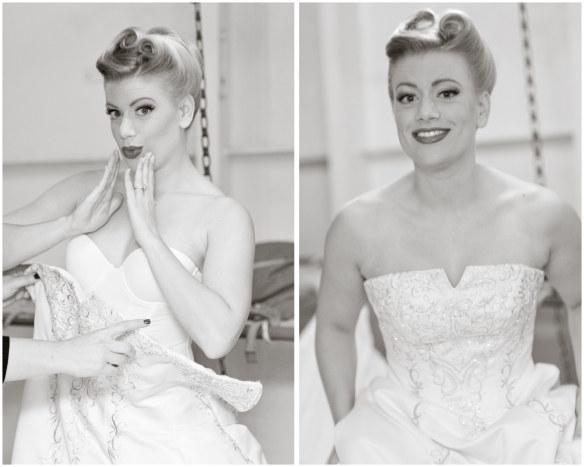 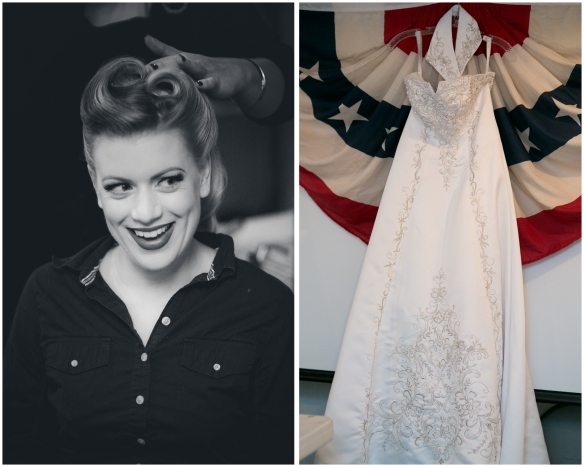 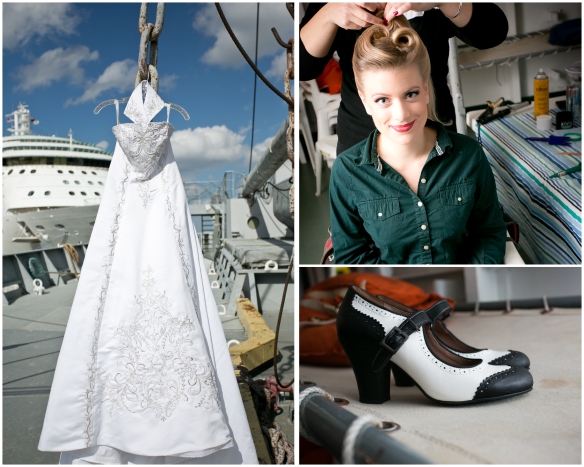 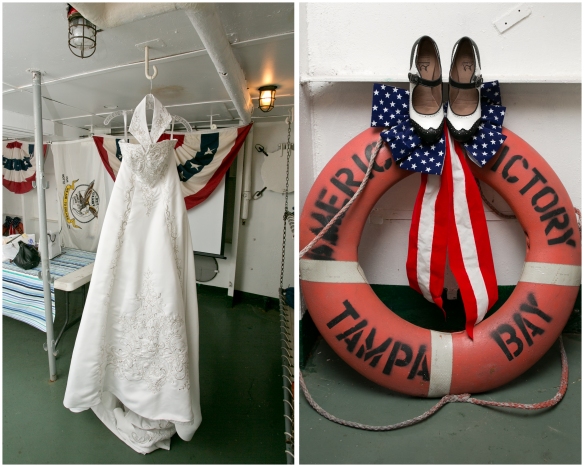 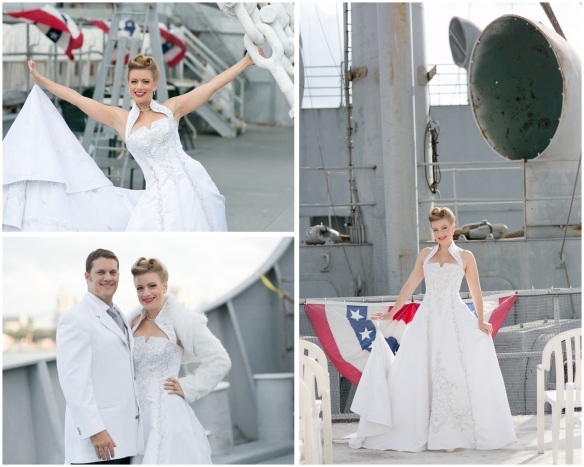 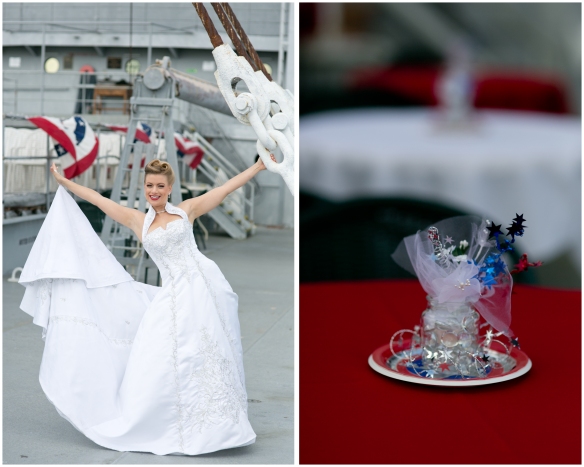 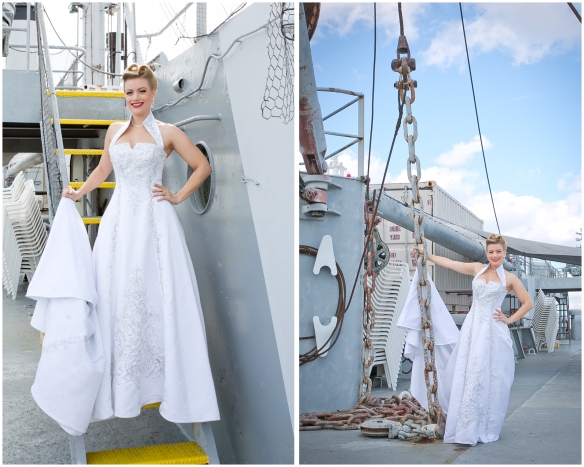 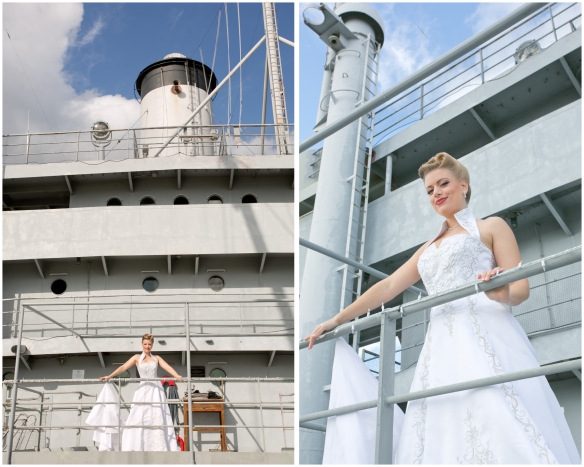 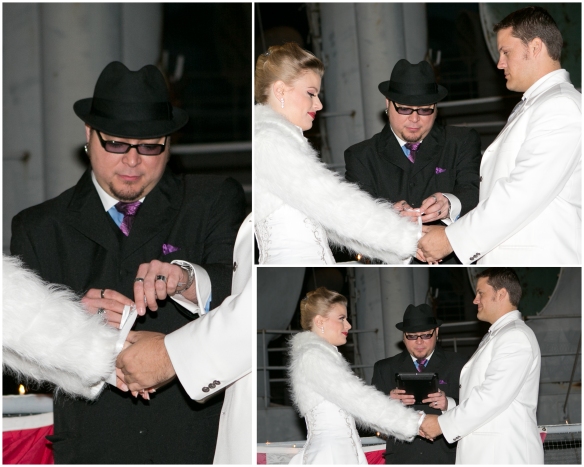 1 thought on “A Wedding Victory Style”